The national tour of Oklahoma is creating a large quilt to be displayed at a national museum at the close of the tour.
They are asking each city to create a 3 foot by 3 foot quilt to represent their city in which the play is preformed.
This is the quilt created to represent San Diego in response to this promotion. 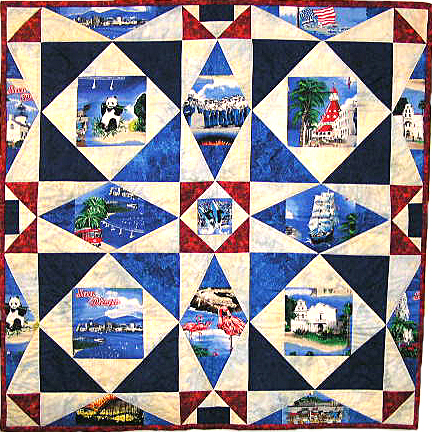 Close-ups of some of the blocks